The retractable/hidden/popup headlamps have been with us since the 1930s. Even though they are not as popular today, there were popular during the late 20th century and there was even a time when these lights were the most affordable and best-selling option for drivers.

What is the history of retractable headlights?

The retractable headlight, commonly known as hidden headlamps, flip-up lights or pop-up headlights, are vehicle headlights with an automotive styling feature that was introduced in the 1930s and that go up and down when in use or not in use respectively.

These headlamps first appeared in 1935/1936 on a Cord car before going on to appear on concept cars for several years after. Not until 1962 before they officially appeared on production vehicles. The popularity of the retractable headlights has risen and fallen over time and only regained popularity in the late 1960s when aerodynamic headlamps were not allowed. This saw a huge rise in a large variety of cars that incorporated retractable lights in the 1970s to early 1990s. But this didn’t last too long as ensuing legislation led to these headlamps going out of vogue in no time.

Although they may not be popular anymore, retractable headlights once served an important purpose and helped pave the way for current automotive technology. We should all appreciate their unique history and enjoy the fact that they may still be remodelled and installed on modern vehicles as they were not outrightly banned from the beginning.

How do retractable headlights work?

It took a long time before retractable headlights became popular and they were more reliable than traditional ones because were better protected from environmental effects like dirt, rain, etc.

The way they work is simple; the feature conceals the vehicle’s headlamps when they are not in use and goes up when there is a need to use them.

What it means for automobile users

Given their ability to hide the headlights when they are inactive, the retractable headlights may be a temporal if not lasting remedy to the issue of oxidized headlights. When recessed within their protective walls, the retractable headlamp is saved from sandblasting and other elemental factors that lead to the crazing or cracking of headlights. Since they are mostly housed in their recess except during nighttime driving, the pop-up headlights are safer from damage in an accident or other harmful related incidents.

Also, the risk associated with hazy, oxidized glass will be contained to some level. As some types of retractable headlamps come with a squeegee, they can clean up dirt and smudges caught on the headlights lens, thereby, assuring their safety from damages caused by such and extending their usage expectancy. More importantly, it will save most users stress and money since they will visit plastic restoration shops or body shops less.

How much do retractable headlights cost?

If you somehow still own a car that has this retractable light feature and want to replace it for some reason, the average amount you should be looking at spending is about $185, this depends on the car model and your location though.

How did they become popular?

Even though we can only find the hidden/retractable headlights in mostly toy cars today; they became quite popular in Europe in the late 1960s, especially in the US where the introduced aerodynamics did not work out. From there, this became popular in many cars between the 1960s to 20th century.

It was a fun and popular feature among vehicle drivers while it lasted and people who were alive when it was a thing still miss it to date (including myself, lol).

There are a few reasons why retractable headlights stopped being used on cars. Firstly, pedestrian safety regulations tightened up and sharp surfaces were deemed too dangerous for most manufacturers from 1999 onward. Secondly, European design laws make it difficult for automakers to develop retractable headlights. Finally, these headlights are quite an expensive feature, so it may be hard to implement them on more cars.

Despite these challenges, there is hope that one-day retractable headlights will make a comeback as they were popular in the past. The idea of having pop-up headlights is a cool and practical concept that should not be forgotten!

Why are the hidden headlights now seen as illegal?

Pop-up/hidden/retractable headlights were seen as a cool feature on cars, and many people loved them. However, there are now laws in place that prohibit their use because they can obscure the vision of other motorists and do not pass some vehicle safety rules.

The new law is supposed to increase public safety by ensuring that everyone has a clear view of the road, and this involves putting the retractable headlights under the “illegal” spot and getting them off the road for safety reasons.

What are some pop-up headlight cars?

There are a number of cars that had the option for pop-up headlights. Some of the best ones include the Ford Probe, Toyota Celica, Nissan 180SX/200SX/240SX and Alfa Romeo Giulia, as well as the Ferrari Testarossa, Ford GT40, and Porsche 911. The Chevrolet Corvette C5 was also a great car to have this feature, although it was discontinued in 1999. These and many more were cars that enjoyed the feature back then.

What are the benefits of retractable headlights?

All in all, retractable headlights provide a number of benefits for drivers that make it easier for them to see and stay safe while driving in different lighting conditions

Are there any drawbacks to retractable headlights?

There are a few drawbacks to retractable headlights. For one, they’re a lot higher than the road level as they are seated right on top of the vehicle itself. In some cases, it is not easy for the person driving to completely see the road in front; this is one of the safety reasons it was discontinued. They’re also more difficult to install, so it may take longer for your car to be ready for the road.

Can I retrofit my car with retractable headlights?

There are a few things to consider before retrofitting your car with retractable headlights. First, it’s important to understand that this is not a simple process-it requires wiring and can be quite complex. Second, you’ll need to make sure your car meets all the legal requirements for headlight positioning. Finally, you should assess whether or not retractable headlights are even necessary given the current design of your vehicle and laws governing pedestrian safety. If all these factors check out, then go ahead and speak with a professional to see if your car model can have it done!

Hopefully, you won’t have to worry about doing this in the future if new car manufacturers figure out how to make it easy to design retractable/hidden headlights that are compliant with EU standards. 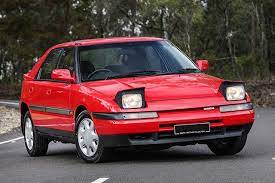 Retractable or hidden or flip-up or pop-up headlights are just no longer in production because they don’t comply with some safety driving regulations. It was a cool feature while it lasted in its history and many people could say a lot about it.

For now, there is almost no hope of a comeback, but people still look forward to seeing this history repeat itself as many other trends have done.

Hi, just letting you know that all products recommended here have been used by me, or are properly researched to ensure they are the best you are getting without bias.

I am also an affiliate for certain Amazon products and this means that some links here are affiliate links. If you purchase an item through any of them, I MAY earn a commission at no extra cost on you.